Originally released in 1978 this Italo bomb has been known to change hands for upwards of $500 and thankfully a couple of kind souls have re-issued us saving some of us a small fortune and probably absolutely pissing off the collectors who paid the silly money. This is as quirky a disco record as you could ever find and play this after Bumblebee Unlimited Lady Bug and you'll have all the fans of the weird wonk absolutely eating out of your hands. Check that bassline for some proper heaviness. Ace tune. 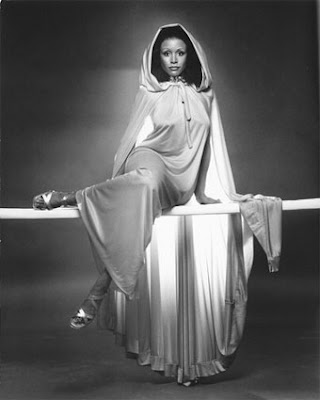 Detroit's Freda Payne has been lighting up airwaves since 1963 with her polished voice that has had everyone from Quincy Jones to Duke Ellington clamoring to work with her. She's probably best known for her track Band of Gold that was written by the incredible production team of Holland/Dozier/Holland and was included in Rolling Stone's 500 Greatest Songs of All Time. This cut is absolutely incredible and has been a carnival favourite for years and was included on Norman Jay's Good Times Vol. 3 a few years ago and as a result I played it to death but it is more than due for a revival. What a voice!